9/2/12-One week ago today crew member Leif Gilsvik participated in the Superior Man Triathlon. This triathlon consists of a 1.2 mile swim in Lake Superior and a 56 mile bike mainly along scenic Highway 61 from Duluth to Two Harbors and back. It ends with a 13.1 mile run around the city of Duluth. This is the first year the triathlon has been held, but Superior Man 2013 is already in the works. Leif completed the entire race in an impressive 6 hours and 7 minutes. He says that he absolutely plans to do more triathlons in the future. -Britta 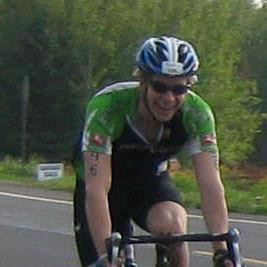