2/2/13 – Last summer we had a visit from some Norwegian filmmakers who are producing an interactive website highlighting the descendents of Norwegian immigrants on Minnesota’s North Shore. “Lutefisk Hotel” is a collective of young journalists from the Oslo area who specialize in multimedia story telling. Their project here is titled “The Norwegian Riviera.”

Two of the filmmakers are back to continue work on the project and they have been staying in our crew house for the last few days. It’s been fun having them around and they are promising to set aside time to go snowshoeing before they head home at the end of February. 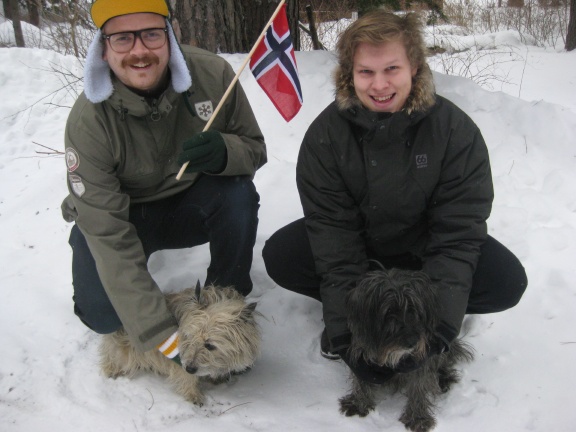