2/6/13 – The Minnesota Department of Natural Resources announced today that this year’s moose census in northeastern Minnesota showed a faster than expected decline in the population. As a result, they have canceled the Minnesota moose hunting season indefinitely. Even though the biologists make a pretty good argument that the “bulls only” hunting season doesn’t have much impact on overall moose numbers, I think they’ve done the right thing here. Here’s the link to the news story on Minnesota Public Radio’s website.
As I was writing this post, an oversize load truck with a giant chemical tank on it’s flatbed pulled in and promptly got stuck. 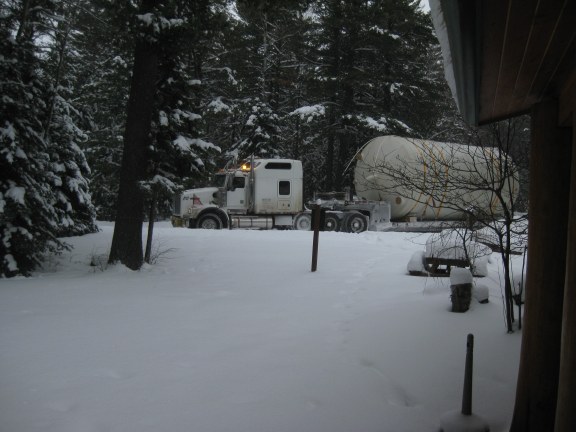 The intersection at the end of the Sawbill Trail is not big enough to allow oversize loads to turn around. This has been proven many times. 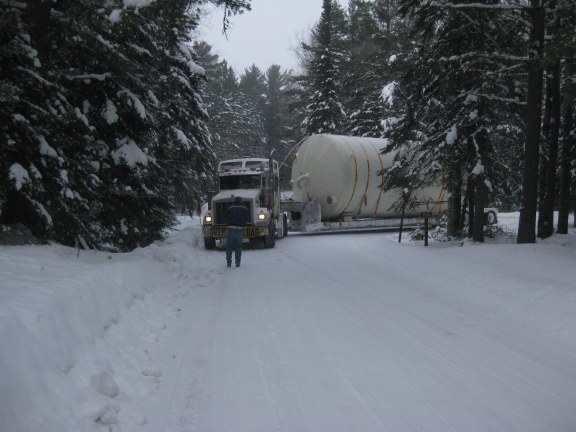 Just after this was taken, the driver went for it and got stuck. 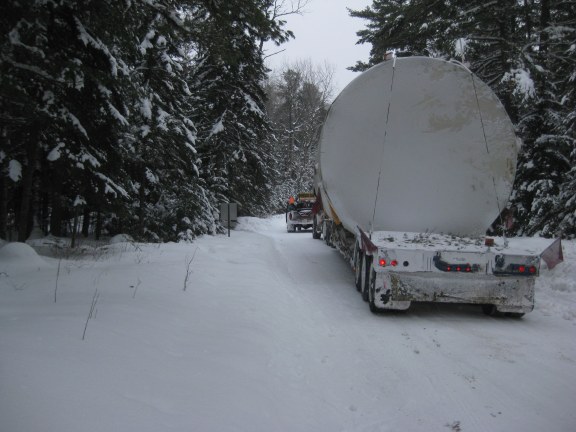 We got it out the old fashioned way: shoveling, pulling with one pickup, pushing with another pickup and rocking it.
On a lighter note, Chief of Sawbill Outfitter Security, Phoebe Fern Hansen, was on a stakeout this morning, protecting Sawbill’s most precious asset. – Bill 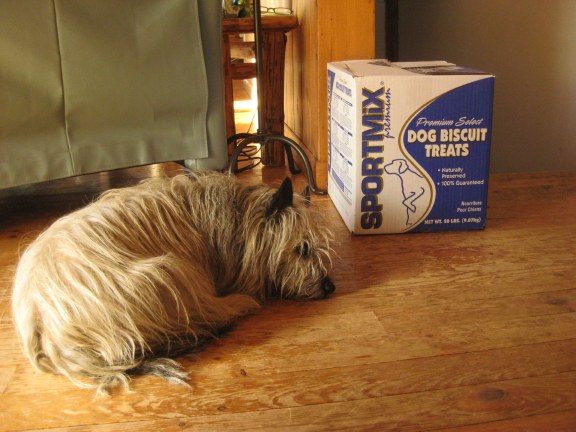