8/6/13 – Lately a few of us have become novice cloud watchers after reading Gavin Pretor-Pinney’s book, The Cloudspotter’s Guide: The Science, History, and Culture of Clouds. After beginning this guide to the skies, I noticed I have been spending much more time admiring clouds than in the past. As a result we have built up quite the collection of cloud related photographs. Joe, Britta, and I compiled a small collection of our favorite photos from the last few months. -Jessica 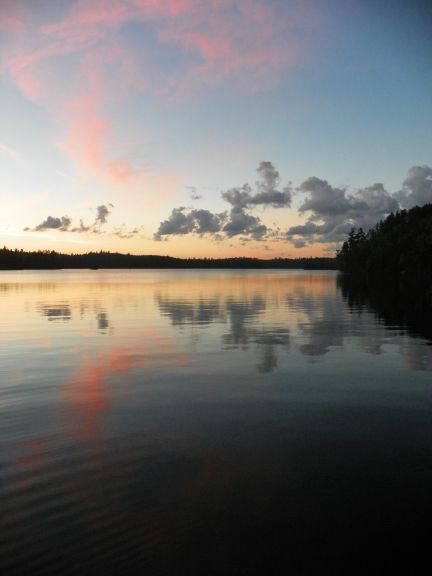 I took this picture a few weeks ago. It features pink Cirrus clouds, likely at an altitude between 35 to 45 thousand feet, along with fluffy Cumulus clouds at a much lower altitude. 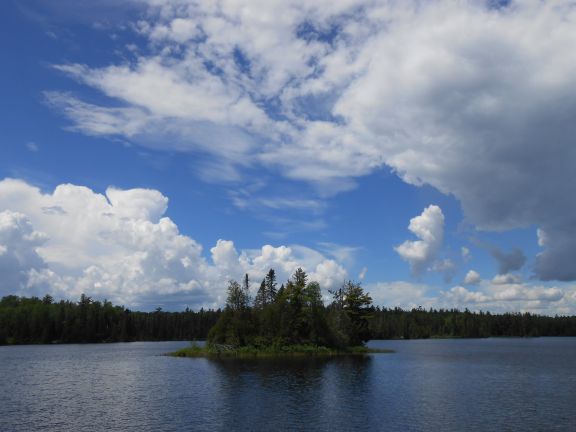 Britta captured a towering Cumulonimbus cloud looming in the distance. Sandwiched between it and a Cumulus cloud on the right, floats a Cirrus cloud composed entirely of ice crystals. 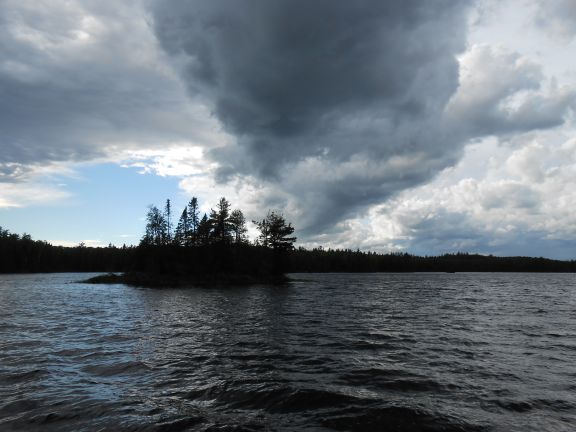 This possible shelf cloud passed through just before a thunderstorm that brought nearly 4 inches of rain, over one night’s time, just less than a month ago. Shelf clouds are usually associated with multicell or supercell storms. Photo by Britta. 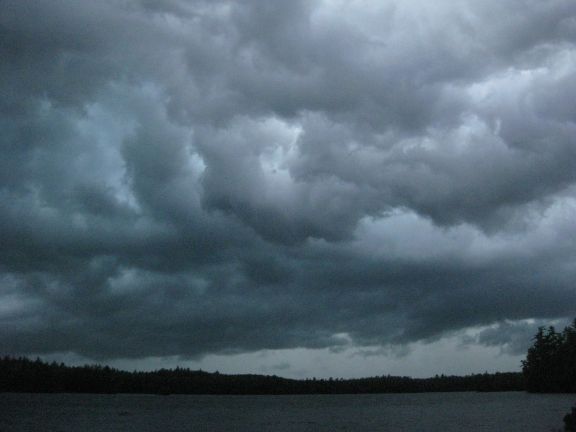 Joe took this picture of the bottom of a Cumulonimbus shortly after the shelf cloud was spotted. 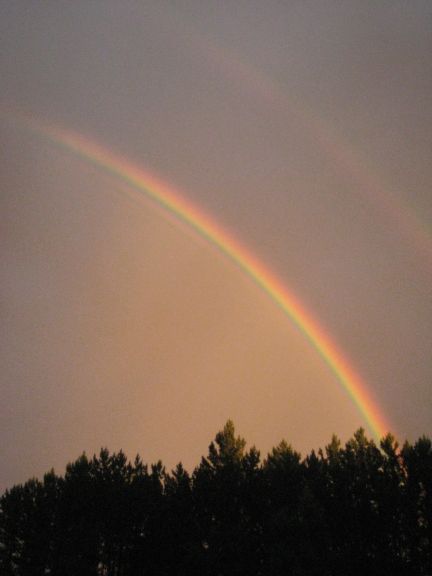 Finally, Nils took this picture of a double rainbow just as the sun was setting after a rainstorm. Notice how it is brighter within the bow than outside of it. Also the outer rainbow is in reverse order of colors than the primary one.