10/29/15 – It’s been a busy fall, but we are finally fully closed for the season. The parking lot has been empty all week, but four cars appeared last night and this morning, so a few people are braving the late-season wilderness. I hope they are being careful because it’s windy, raining and cold – not to mention very cold water temperatures.
Earlier this fall, crew member Brian Henry made this little photo montage of fall beauty. Now, just a few weeks later, the leaves are down and it is brown and grey forest until it is transformed by snow.
We had the first dusting of snow on the ground this morning, but it melted before I could get motivated to take a picture. – Bill 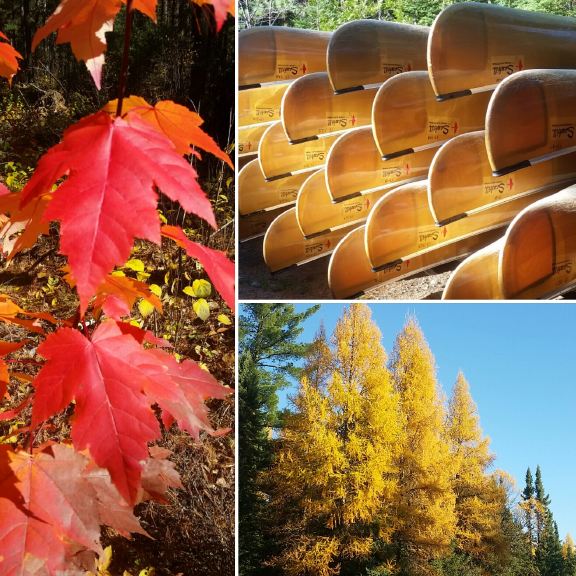