6/19/06 – HAPPY 70TH BIRTHDAY DUANE BRENEGAN!
Jack Brenegan and his group, ranging in age from 58 – 73, have been coming through Sawbill Outfitters for almost 25 years now. Each year the group of six surprise new crewmembers with their kind spirits as well as their themed team hats. The men are divided into three teams of two: Team U-Boat, named after a WWII submarine, Team Norski is named for the Norwegian brothers of the group and Team F.U.B.A.R. is an acronym too inappropriate for even the Sawbill website. The teams have a fishing competition each year. This year Willie caught the biggest Walleye at 30″, but Fred caught the largest smallmouth at 19″. I asked Jack which team ended up winning the fish-off this year and he sheepishly replied, “I have to be careful about what I say, but Norski probably had the biggest Walleye…we always do.” A biased conversation or not, we’re already looking forward to the return of our favorite competitors. Each year they entertain us with their wit, happiness and love for their time together in the wilderness.
-Lida 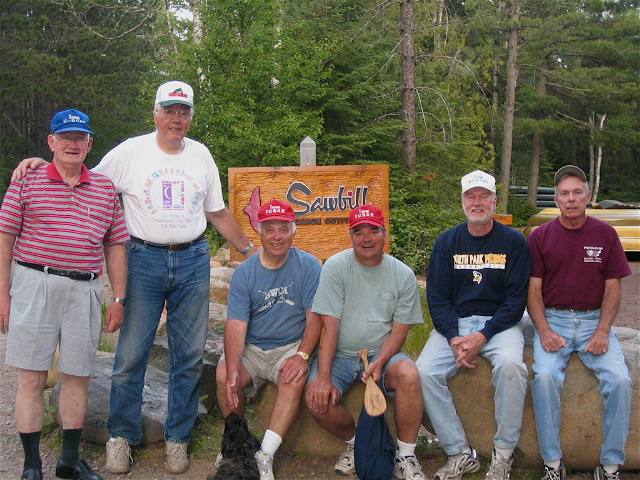