2/13/08 – Sawbill’s own Cindy Hansen is going to be on the popular public radio program “Car Talk” hosted by the famous Tappet Brothers, Click and Clack. After a couple of tries at being a guest on her favorite show, she was called back by Louie Cronin The Barbarian (who turns out to be a woman). She had to make it through a couple of screenings until they called today during the weekly taping of the show. She’ll be on the show that airs in approximately ten days (around the 23rd, depending on your local schedule) right after the Puzzler at the beginning of the third half of the show. – Bill 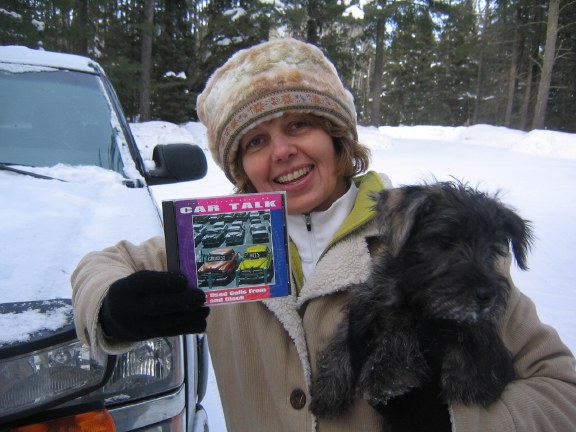 Cindy is holding the “Second Best of Car Talk” CD that she’s been studying in preparation for her moment of fame on an upcoming episode. Roy is very impressed to have such an illustrious owner! 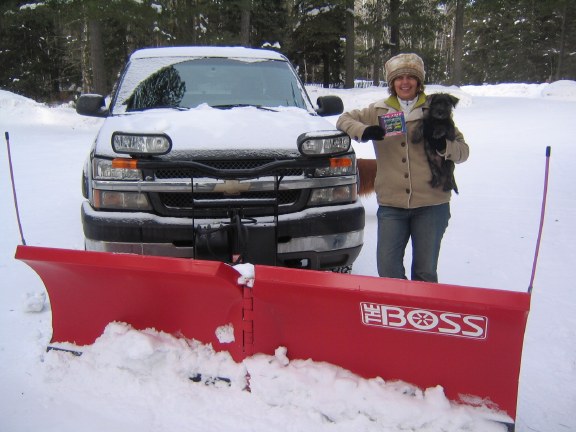 Her question for the automotive experts stems from a spousal disagreement concerning the proper operation of this snow plow. She isn’t telling anyone exactly what the question was, or what wisdom the Tappet Brothers dispensed, saying: “You’ll just have to listen to the show.”