10/21/08 – Since grouse season opened several weeks ago, crew members Tiny and Lee have dedicated all their spare moments to walks in the woods. Clad in blaze orange and carrying .22s, they have explored innumerable logging roads and game trails all up and down the Sawbill Trail and the Grade. A couple of nights ago, we were finally treated to the fruits of their labors – six partridge and a recipe from Lee’s mother were combined for a “grouse ‘n’ dumplings” meal fit for the king of the Superior National Forest. 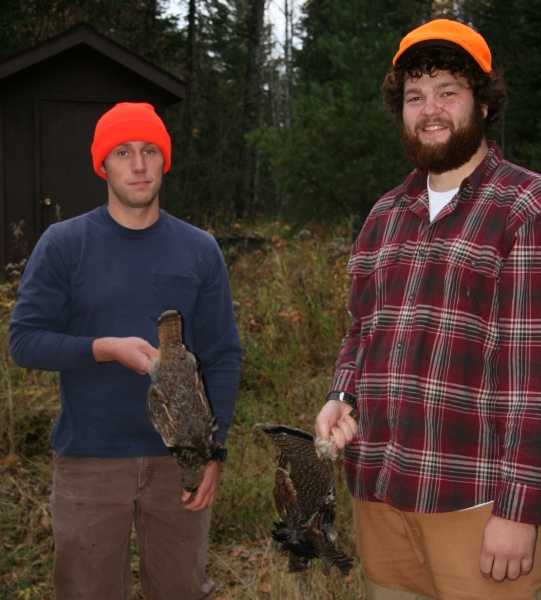 The hunters pose with one day’s partridge catch. 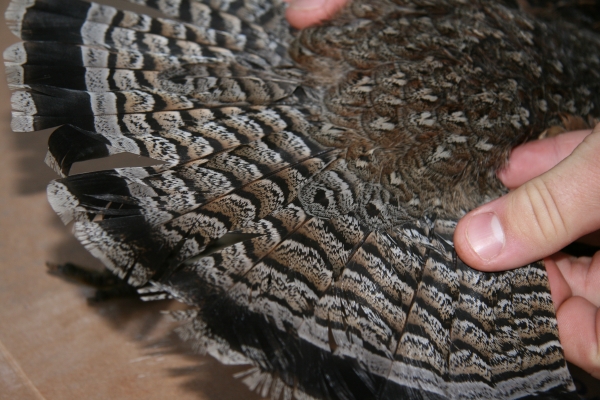 Tiny spreads the tail feathers to identify the gender and species of this grouse: the pattern shows that it is a ruffed grouse (Bonasa umbellus), and the unbroken band on the tail identifies it as a male. – Molly.