4/9/2009 – On our way home last night, Cindy and I were delighted to come upon two moose standing in the Sawbill Trail. As we coasted to a stop, another moose popped out of the woods – then another and another. Five moose in a single group! The moose population has declined in the last few years and we have been seeing fewer moose on the road, so it was fun to see so many at once. They all looked healthy and alert. 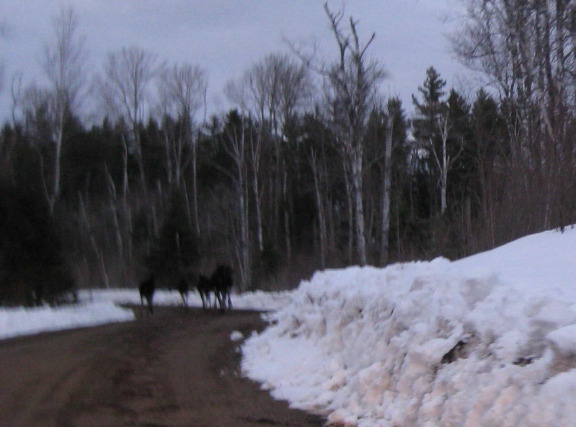 This hastily snapped photo from a moving car documents five moose in a herd or a family of sasquatch.
We were still talking about the moose as we crested the last hill before arriving at Sawbill. We saw an animal emerge from the west side of the road and saunter across into our driveway. We were surprised to see that it was a beautiful lynx!
When we got in the house, we peered out the window, trying to see the lynx again. No sign of the lynx, but there was a large pine marten on the bird feeder.
Lake Superior was nearly frozen over for awhile this winter. The satellite photo below shows that most of the lake is now ice free. High winds have compressed and concentrated the ice which now travels around depending on wind direction. The photo also nicely shows the edge of the snow pack. We still have 21″ on the ground here. – Bill 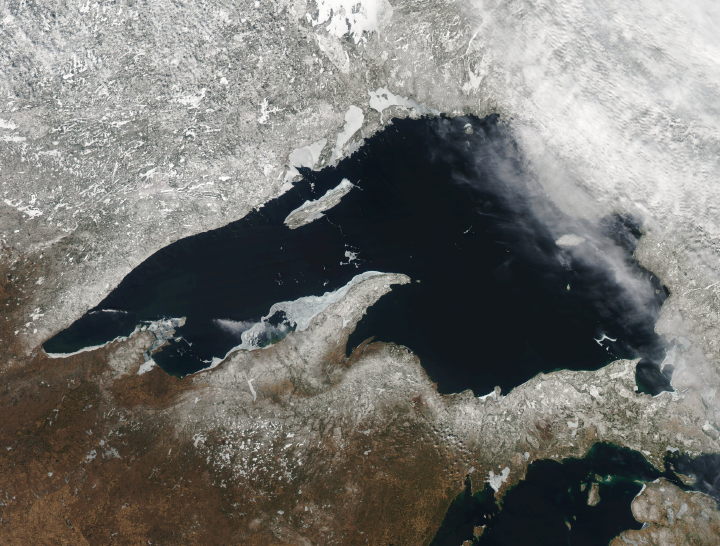 Can you spot Sawbill Lake?