1/9/14 – When I drove to town yesterday for an early meeting, I saw a rare January rainbow. The sky was completely clear, but ice crystals were condensing directly out of the sub-zero air. When the sun broke over the Sawtooth Mountains a full rainbow appeared in the Onion River valley. – Bill 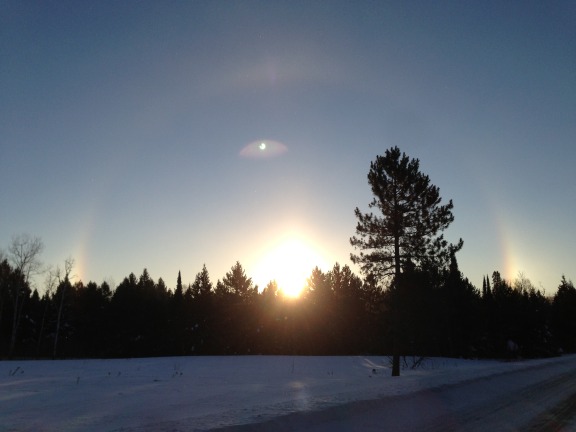 A rare January rainbow at 16 degrees below zero.