6/9/14 – Summer may have just begun, but the Sawbill crew has already sent off one of our own. Leif Gilsvik has been part of The Sawbill crew since 2010. Many of you frequent visitors may know Leif and how great of a crew member and joy to be around he is. Leif leaves the Superior National Forest to attempt to hike the 746 mile Great Divide trail of the Canadian Rockies. Starting in Waterton Lakes National Park just north of Glacier National Park near the Canadian-U.S. border, the divide runs between Alberta and British Columbia. If any person can conquer the great divide, it is indeed our own Leif Gilsvik! Leif will be greatly missed by the Sawbill crew here, but we wish him the best and safest of travels. – Mark 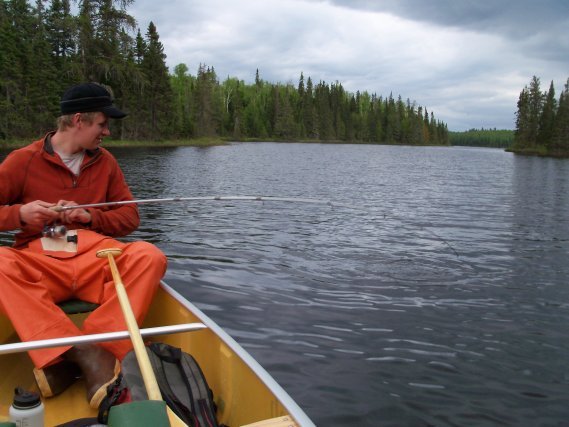