10/28/08 – Former crew members Sandy Zinn and Will Decker brought their new son Anders to visit Sawbill for the first time this weekend. In celebration, we broke out the pumpkins and the carving tools and put our artistic skills to work yet again. 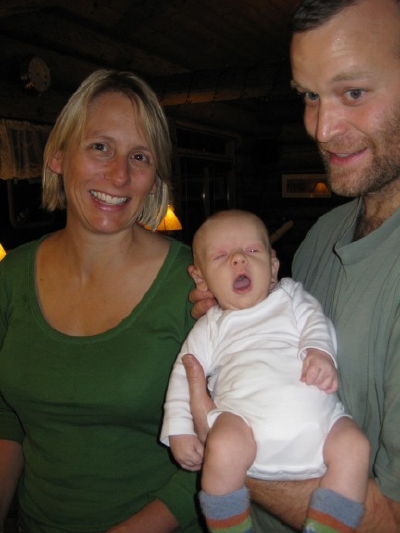 Not only did Anders help carve pumpkins, but he put in his application for the crew of 2027! 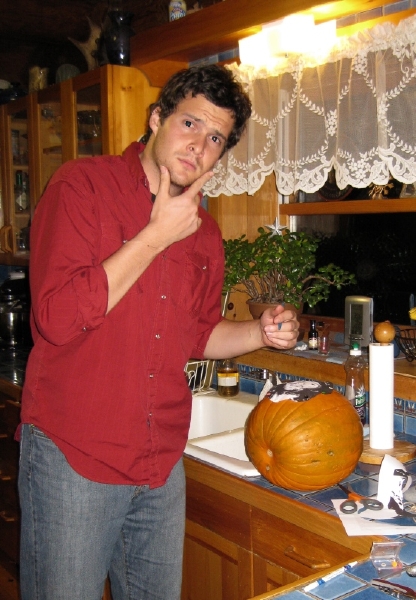 Adam Hansen, up for a weekend of grouse hunting, contributed to the pumpkin-carving festivities with a likeness of former crew member Jeff Greensmith. Here, he was deep in thought about the best way to express Jeff’s portrait in the pumpkin medium. 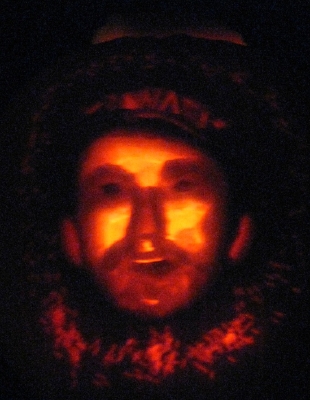 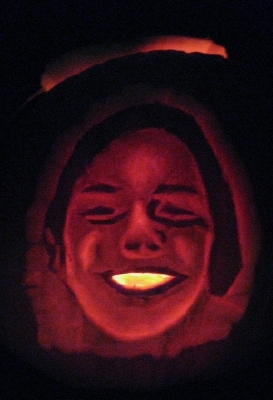