8/19/09 – Last week, we highlighted the canoe trip of first-time BWCA visitors Joshua and Alethea “Leah” Huyser. Josh and Leah offered to help us describe the familiar Lady Chain Route through the eyes of campers brand new to the BWCA. What follows are excerpts and photos from Josh and Leah’s recent canoe trip. 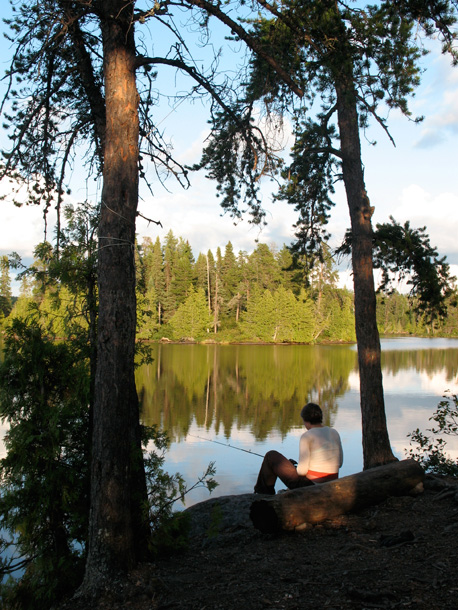 A fitting end to a gorgeous day on Lake Polly. 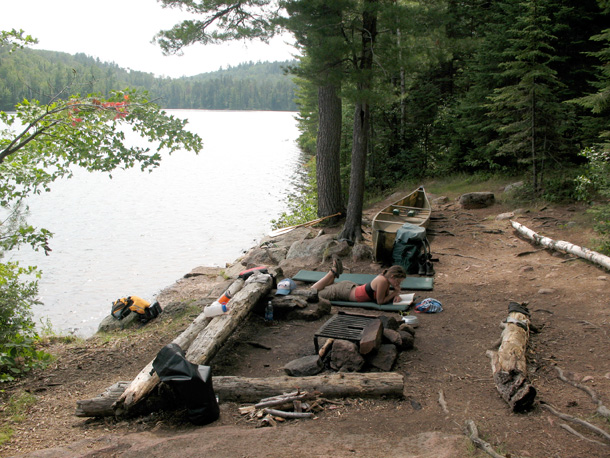 A lazy day on Phoebe Lake. 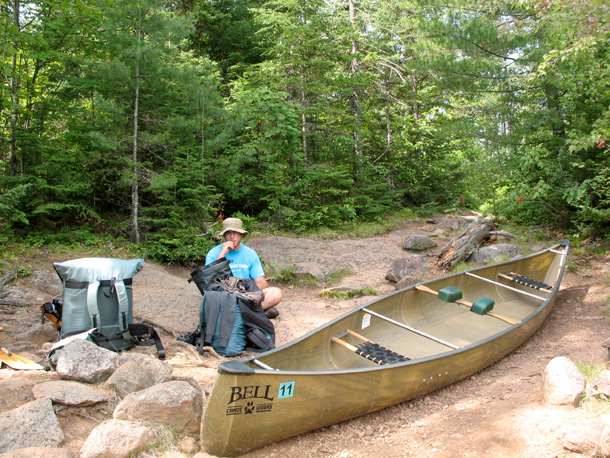 Josh celebrates his completion of the 285-rod portage with a granola bar. 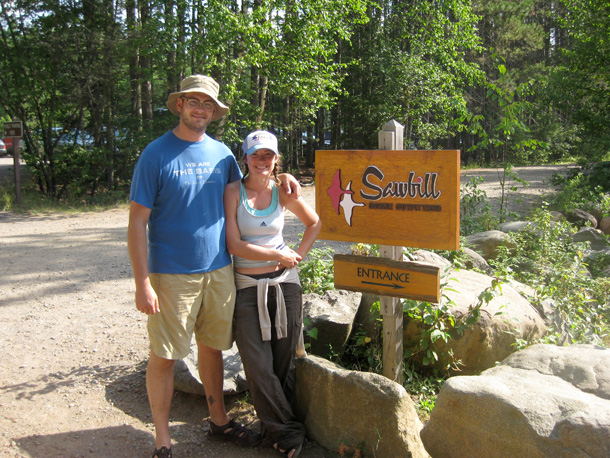 Back at Sawbill after a successful trip.
Thanks, Josh and Leah, for sharing your trip with us! We look forward to hearing many more of your BWCA stories in the years to come.
Category: Blog
Outfitting Links